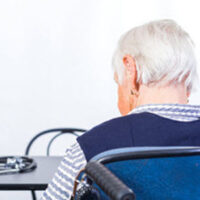 Victims of nursing home abuse and/or nursing home neglect are usually afraid to speak up when it comes to reporting the wrongdoing to their family members, the authorities, or investigators. Why is this? The unfortunate reality of many older nursing homes and assisted living residents is that they are unable to physically protect themselves, or they fear other forms of retaliation, such as being unlawfully discharged, leaving them few options.

Whether a patient or family member simply reports wrongdoing to the management, or files a lawsuit or complaint with the authorities, any type of retaliation is unlawful. A nursing home cannot lawfully discharge a patient because the patient or the family member spoke up.

Retaliation for Issues Not Related to Nursing Home Abuse or Neglect

Residents may also be retaliated against, such as being discharged, for bringing up complaints with the nursing home relating to:

It is important to remember that a nursing home facility is an institution with an obligation to serve the residents, and a resident’s complaints do not warrant unlawful discharge or other forms of retaliation.

Why Doesn’t Abuse Get Reported?

Nursing home residents are unlikely to report abuse and neglect that has been directed at themselves, as well as other victimized residents. In a study published in the National Institute of Health, 44 percent of nursing home residents had seen abuse occur to another patient and did not report it. The predominant reason was fear of retaliation (50 percent), while 38 percent of residents didn’t report the abuse because they believed it “wouldn’t do any good.”

If your loved one is being abused or neglected, and they are living a nightmare, fearful of being retaliated against, it is up to you to stop further abuse from occurring. Call a Tampa nursing home abuse attorney at Kohn Law today at 813-428-8504 to schedule a free consultation.

By Kohn Law | Posted on September 29, 2020
« Getting Old is Inevitable but Elder Abuse is Not
How Nursing Homes Hide Abuse/Neglect »