Why Are Women At More Risk Of Nursing Home Abuse? 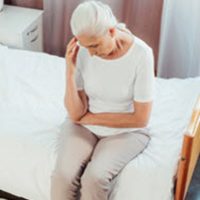 Why are Women at Greater Risk of Nursing Home Abuse?

There are many reasons women are more likely to suffer from nursing home abuse than men. The most common of these are as follows:

Inside and outside of nursing homes, women are more prone to becoming victims of sexual assault, even though men can also become susceptible. According to a report, there were 16,000 complaints of sexual abuse from 2000 to 2017. Although that is approximately 1,000 complaints every year, the real number is likely far higher than that, as sexual abuse is largely unreported.

Nursing homes often want to hide allegations of sexual abuse and sadly, staff members and administrators do not always believe women who do report it. Nursing homes are also sometimes quick to dismiss complaints, claiming that the resident struggles with memory issues, even when they do not.

If you have noticed any of these signs in your loved one, it is important to speak to a Tampa nursing home abuse lawyer immediately.

Compensation cannot undo wrongdoing, but it can help offset the financial burden of your loved one’s injuries. If you suspect your family member has been hurt, our Tampa nursing home abuse lawyer at Kohn Law will hold the facility accountable and help your family make things right. Call us now at 813-428-8504 or contact us online to schedule a free review of your case and to learn more about your legal options.