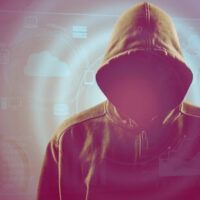 Stalking and aggravated stalking are both serious crimes in Florida. Because stalking victims are at a heightened risk of being raped, murdered, or otherwise harmed, law enforcement take all allegations of stalking very seriously. Stalking includes making unwanted phone calls, following or spying on someone, damaging someone’s property, threatening someone or their family members, leaving items or presents for someone, sending emails or texts (cyberstalking), spreading rumors about someone or saying things about them in public places, showing up at someone’s home, placing a GPS on the individual’s car, gathering information about someone, taking secret pictures of someone, and more. If you are facing stalking or aggravated stalking charges, you need to call an experienced Tampa stalking defense attorney immediately.

Stalking is defined in Florida statute 784.048 as willfully, maliciously, and repeatedly following, harassing, or cyberstalking another person. Stalking is a first degree misdemeanor in Florida, punishable by up to one year in jail and a fine of $1,000. For the purpose of defining stalking, harassing is engaging in conduct towards a specific person that serves no legitimate purpose and causes substantial emotional distress to the individual.

Willfully, maliciously, and repeatedly following, harassing, or cyberstalking another person, and also making a credible threat to that person is considered aggravated stalking, which is a third degree felony, punishable by up to five years in prison and a $5,000 fine. A “credible threat” includes any threat that would cause the victim to be in reasonable fear of physical injury or death. The threat does not have to be verbal in order to be considered a credible threat.

Cyberstalking is one of the most common forms of stalking. It includes communicating or attempting to communicate with the victim with words, images, or language via any type of electronic communication. This includes email, social media such as Facebook and Twitter, texts, online dating sites, and more. Cyberstalking also includes accessing or attempting to access a person’s online accounts or home wifi system without permission if the cyberstalking 1) serves no legitimate purpose and 2) causes substantial emotional distress.

Most cases of stalking involve two people who know each other—even more common is when the two individuals are former romantic partners. Defense against stalking allegations may include: