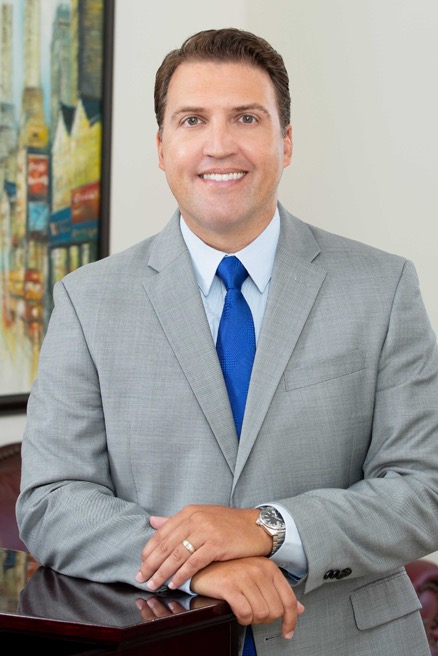 Jason is a Florida native who has modeled his legal career on the fundamental principles of holding others responsible and accountable for their actions. He has been practicing law since 2002. His career began as a Personal Injury Attorney in South Florida representing the injured. In 2005, he became an Assistant State Attorney in Tampa where he gained extensive trial experience prosecuting thousands of cases.

In 2008, Jason left the criminal arena and dedicated his practice to protecting individuals neglected in nursing homes and assisted living facilities. He has successfully litigated cases from the Florida Panhandle to Miami; recovering hundreds of millions for those that have been wronged by facilities entrusted with the protection of their loved ones. The importance Jason places on family is the driving force behind his commitment to his clients. He is known and respected throughout the legal community as a trial attorney that passionately advocates for those without a voice.

Jason’s Tampa roots run strong and deep and have shaped him into the family man he is today. He is married to Patrizia and together they have been blessed with two special children. As an active participant with Southeastern Guide Dogs, their Labrador, Lightning, is an integral part of the family. A blend of Latin and Italian families, the Delgado household believes in Food, Family and Love.

“My mother passed away due to negligence at her skilled nursing facility. I cannot begin to adequately describe the feelings of sorrow, remorse and anger all tied up in one big knot in my mind and heart.

To find an attorney that was empathetic and understanding and knowledgeable made all the difference in world in helping my family and I get thru this horrible time. Kim’s knowledge in the matter was stellar and everything was handled as she guided me and I do not regret one moment in hiring her. I would hire her again in a heartbeat and I cannot imagine that there is anyone else more competent in this area. I cannot thank her enough and will remain grateful always.”

“Kim Kohn at Kohn Law and her legal staff are absolute professionals. Not only did she pursue my case with professionalism and empathy, but she tenaciously secured a settlement on behalf of my injured mom. I cannot thank her enough. I highly recommend this firm to anyone seeking an expert and caring personal injury firm focusing on personal injury matters arising from negligent Nursing Homes and Assisted Living Facilities.”

“Kim and her firm did a great job in handling our nursing home case and we were very pleased with the outcome. She was always easy to reach and walked us through any questions we had throughout the process. I would refer Kim and the Law Firm of Kohn Law to all of my family, friends and colleagues.”

“I have had nothing but a positive experience with Kohn Law.

Kim and her team are very knowledgeable in their area of expertise. They kelp me informed as to what to expect in all phases of my case. They are also very punctual and are willing to answer any questions that I have had concerning my suit.”